Bonsucro Board Adopts a Revised Chain of Custody Standard 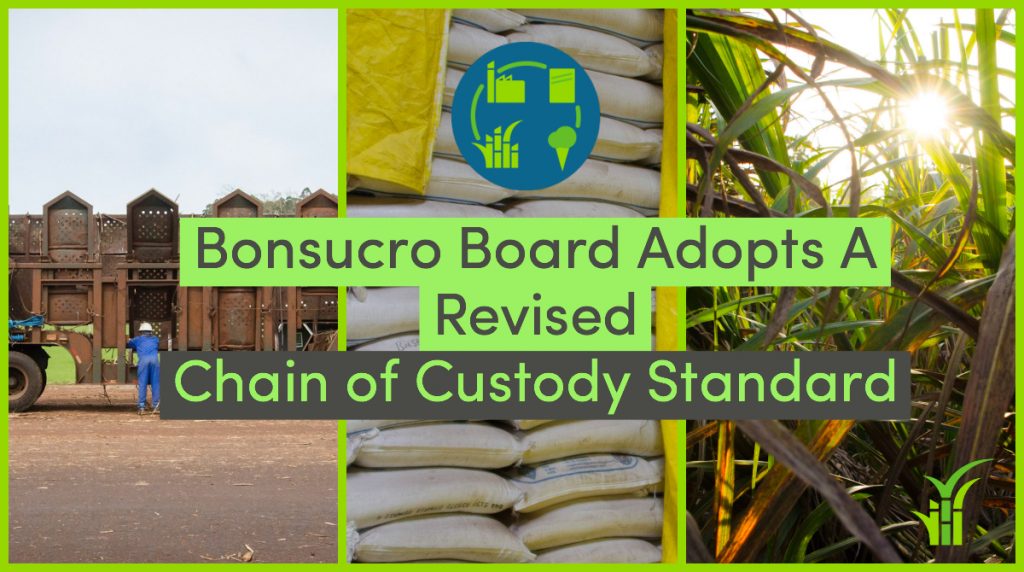 We are pleased to announce the Bonsucro Board of Directors have formally ratified the revised Chain of Custody Standard (Version 5).

The formal publication of Version 5: Chain of Custody Standard will be launched during Bonsucro Global Week in Bangkok on Monday 11th March 2019.

In the meantime, The Bonsucro Standard will be translated into Spanish and Portuguese, whilst Bonsucro’s team train the auditors and update all training materials to ensure a smooth transition.

The Chain Of Custody Standard

Bonsucro’s Chain of Custody Standard ensures the traceability of sustainability claims along the supply chain from the farm to the end user. Since its launch in 2011, 38 certificates have been issued to organisations in over 15 countries.

This improved revision of the Standard has the potential to increase the uptake of certified material through simplifying the Chain of Custody requirements and removing previous bottlenecks in the system.

This revision of the ChoC addresses;

Bonsucro would like to give special thanks the Chain of Custody Revision Working Group who dedicated their time and expertise into drafting various versions of the Standard, as well as reviewing all public comments. Including:

All relevant documents for the Chain of Custody Revision can be found here and below (including guidance documents and public comments):

COP26: highlights from our CEO

Written by Danielle Morley, CEO of Bonsucro Attending COP26 was a stark...

Bonsucro’s fundamental purpose is to create lasting change in the...

Written by Danielle Morley, CEO of Bonsucro It’s ten years since I...